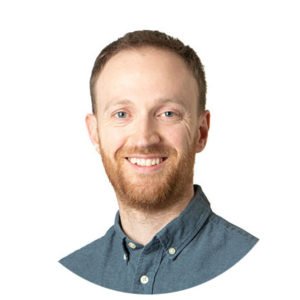 Mistakes by we English speakers when we speak Spanish instantly mark us out as foreign, and the consequences range from sounding a bit more foreign, to saying the wrong thing at the wrong time, or completely embarrassing yourself (look up the Spanish for “I have a cold”…). While these mistakes are very easy for us to make, they are just as easy to rectify once you’re aware of them.

We can make various types of mistakes. We can confuse similar sounding words in both languages (known as “false cognates”, such as “estoy embarazada” and “I’m embarrassed” – NOT the same!). We can make grammatical mistakes, assuming that certain parts of grammar or collocation (the way certain words seem to always sit together, e.g “salt and pepper”)work the same in both languages, which can lead to mistakes such as “estoy frio”, instead of “tengo frio”. This works both ways, and you may often hear Spaniards say things such as “I have cold”, or “she has 23 years”. We can also make mistakes not in a strictly linguistic sense, but on a cultural/social level. Mistakes here can involve excessive politeness in restaurants, or not being assertive enough in other situations!

Here are a few of the most common ones to be aware of:

“Soportar” does not mean “to support”, but means “to put up with”. Try “apoyar” for “support” instead.

You don’t want to confuse this one! “Excitar” is to become sexually aroused, rather than excited. You’re looking for “emocionar” – “I’m excited” is “estoy emocionado”.

“Asistir” means “to attend”, and you always add the “a”, for example “voy a asistir a la fiesta” (“I’m going to attend/go to the party”). To confuse you even further, “atender” means “attend to”, in the sense of “pay attention to” – “the doctor will attend to you now”.

I always used to confuse this one! “Parientes” refers to relatives, whereas “padres” are your parents. For more family related Spanish, our beginner podcast “La Familia”.

“Gracioso” means “funny”. “Hacerse el gracioso” is “to play the fool” – if you want to say “graceful”, you could say “grácil”, or “lleno de gracia” (Such as the film María llena eres de gracia). “Gracious” is translated as “gentil”.

“Éxito” means “success”, with “exitoso” being successful. “Exit” is “salida”.

We often translate “look for” this way – but we need to drop the “para”, so “estoy buscando para mi libro” becomes “estoy buscando mi libro”. Also, avoid “mirar por” – that doesn’t work either…

“The day after tomorrow, the day before yesterday”

“The day after tomorrow” is “pasado mañana”, and “day before yesterday” is “anteayer” – literal English translations don’t work here.

When we use this in English, we don’t mean it literally. We’re not asking about our ability to obtain something – we’re just using a polite convention. Unfortuately, translated to Spanish it sounds very weird, as “puedo tener un cafe?” would be taken literally. Instead, if you’re ordering something, use “me pones” or “me traes” – for example, “me pones una cerveza?”. If you want someone to pass you something, use the verb “pasar” – “me pasas la sal, por favor?”

What are some other common mistakes that you make? Let us know in the comments below if you think we’ve missed anything!